The periodic table of elements is a way of organising the vast array of different elements found in chemistry.  The table is made up of rows, known as periods, and columns, known as groups or families.  There are consistent trends as you move around the periodic table of elements, meaning that it is possible to make some very specific predictions about the nature of an element and the way it is likely to react with others based on its position.

When it comes to making these predictions, the group or family an element provides a great deal of information about how the element is likely to react, as well as what it may look like. 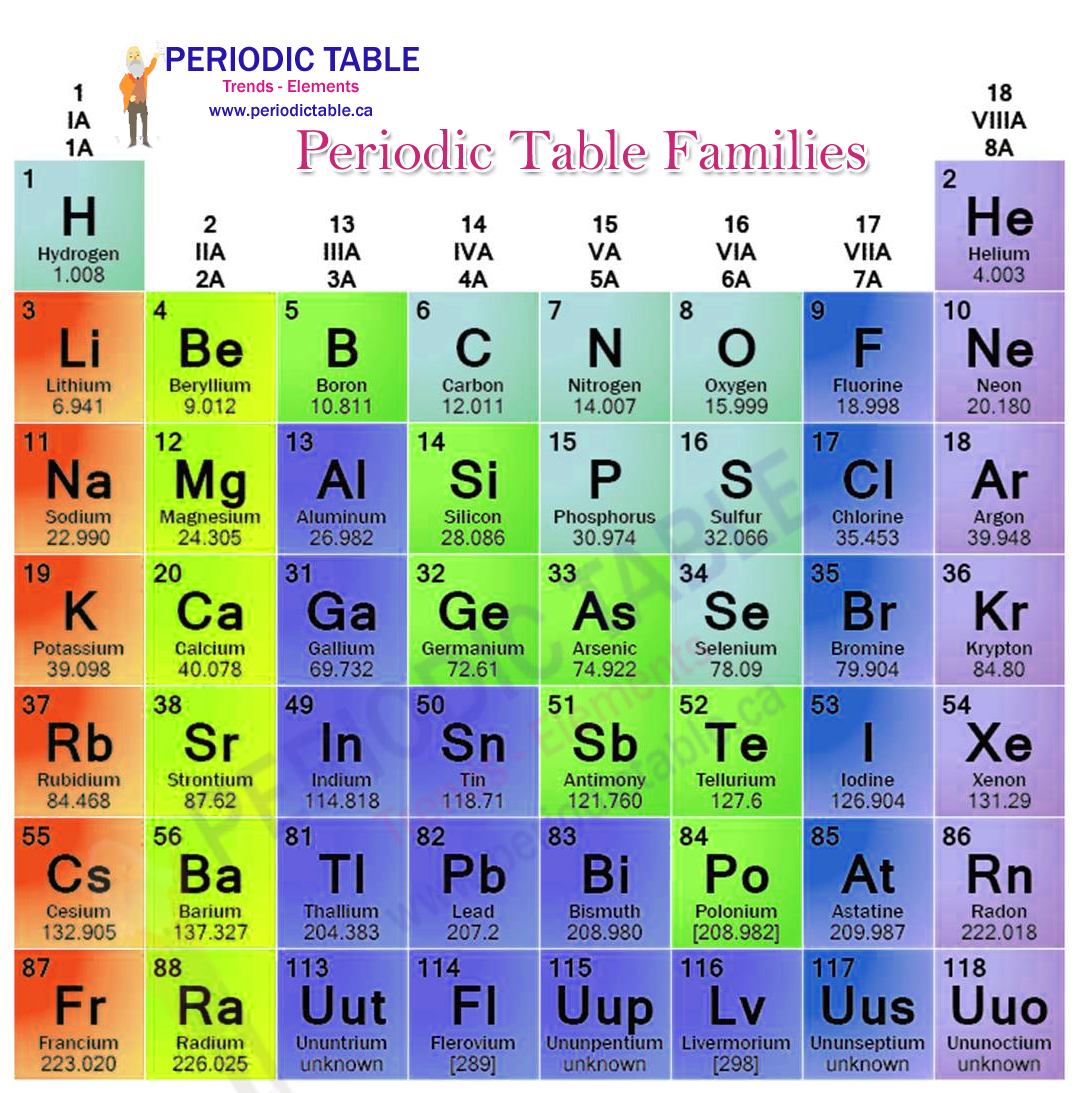 Why is the periodic table family so informative?

The ways in which an element reacts with the atoms around it is based on the behaviour of a specific subset of the electrons that make it up.  These are known as the valence electrons, and they occupy the outermost shell or orbit of the atom.  These valence electrons dictate the reactivity of the atom, because they are the ones most easily accessible to form bonds and, therefore, create reactions.

Group 1 is known as the alkali metals.  These have a single valence electron, meaning that they can easily lose this electron in order to form ionic bonds.  All elements in the alkali metals family are highly reactive and are soft metals which are solid at room temperature.

Group 17 of the periodic table is the family of elements known as the halogens.  These have seven valence electrons.  This means that they can easily gain an electron to form a stable ionic bond, making them highly reactive.

Group 18 is the family of elements known as the noble gases.  These have 8 valence electrons, meaning that they have full outer valence shells.  Having a full outer shell means that an element is extremely unreactive.  It was long assumed that the noble gases were chemically inert (that they were not able to react with other elements in any way).  This is not strictly true, but the circumstances under which it is possible to get them to react are exceedingly rare.

In addition to these families, the transition metals also a single family.  These contain the elements found in groups 3 through 16 of the periodic table.  Many of these are hard metals which are dense with high melting points.  As you move across the groups from left to right in this family, more of the elements are metalloids, showing fewer characteristics of metallic elements.

Different ways of classifying families within the periodic table

Although the five families described above is the most common way of categorising the elements into families, there are other systems.  Most of these divide the transition metals into multiple families, such as the boron family, carbon family, nitrogen family and oxygen family.  This can provide additional information, as the transition metals family is a highly disparate family without many characteristics in common.  For most educational purposes, however, the five families system is easily sufficient.